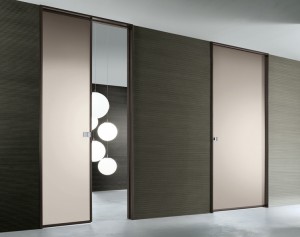 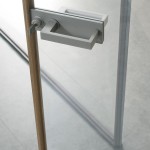 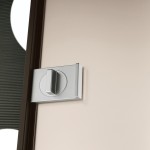 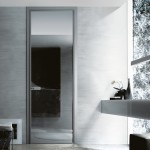 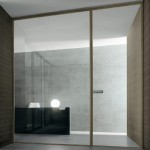 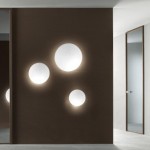 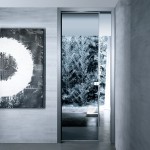 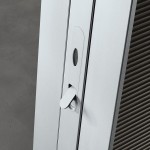 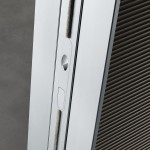 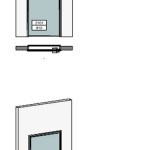 Spin
Spin is fitted with a Rimadesio patented magnetic lock, an exclusive design that reflects the new approach to opening and closing mechanisms.
The essence of the Spin design lies in the rigorous aesthetic concept that is part of all the items in the collection. The main characterising element is the handle block, which harks back to some elements of rational design. The design provides a reversible, concealed hinge that makes it possible to reverse the opening direction, as well as guaranteeing very short assembly times. The exclusive telescopic aluminium jamb makes it possible to compensate different wall thicknesses.
The swing version of the Spin door is characterised by an exclusive magnetic closing system. Rimadesio’s aim was to produce a silent and highly reliable mechanism, and it therefore created a closing system based on a magnet encased in the wall jamb which closely resembles the spring latch contained in the block handle.